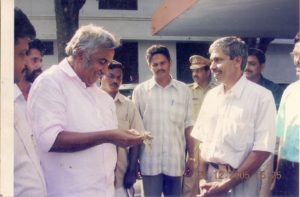 When Tsunami hit Kerala shores many became homeless overnight. SEWA came forward to undertake the construction of houses for two Tsunami victims in Arattupuzha in Alapuzha district. That was the first two houses , Santwanam-1 & Santwanam-2, completed and handed over before the first anniversary of that havoc . This was materialised with the help of members and other well wishers and organisations both in and outside Ind 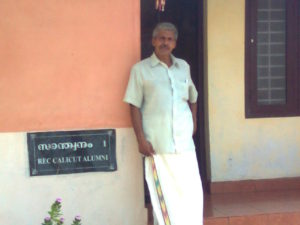 ia. Keys were handed over to the then Chief minister Mr.Oommen Chandy

Few Photographs taken  with the inmates,  when our president  Mt Potti visited Santwanam on 8thh April  2009